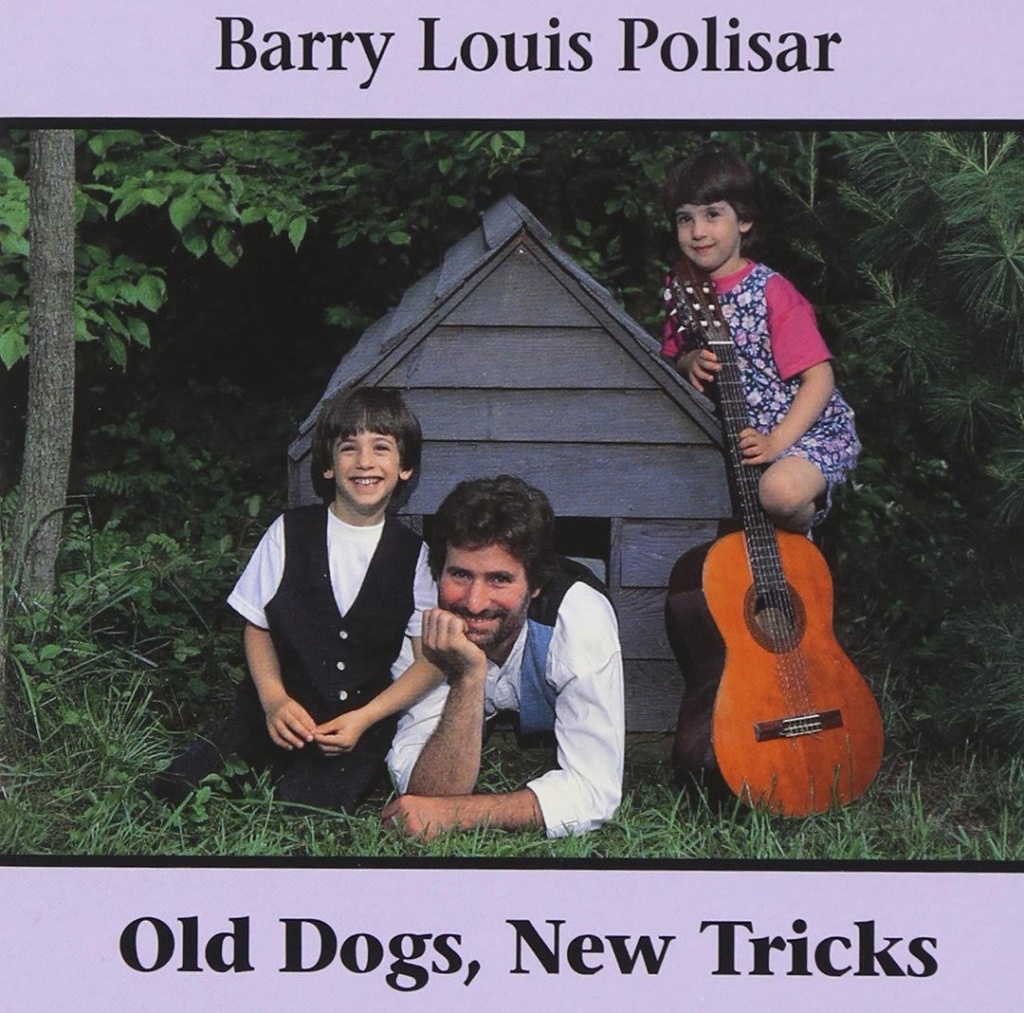 “Barry Louis Polisar was an early pioneer of children’s music when his wacky and wonderfully innovative songs began eliciting giggles decades ago. This is a must have for all libraries serving young children.”
– School Library Journal

“His music is as contagious as the common cold in a kindergarten. The only way you won’t enjoy these songs is if you somehow managed to skip childhood yourself.”
– The Deseret News, Salt Lake City, Utah

“Forced to single out what, exactly, makes Barry Louis Polisar a brilliant and hilarious kids’ artist, one would be hard-pressed to pick between his absurdist songwriting and his deadpan delivery. This album bubbles over with silliness.”
– Tammy LaGorce, Amazon.com Reviews

Named “one of the best Children’s Recordings of all time” in The American Library Association’s Children’s Jukebox, this Parents’ Choice Award winning recording features Barry’s best-loved songs about animals grouped together for the first time.

With a polished musical accompaniment, this CD is perfect for younger children and has many of Barry’s early favorites including I’ve Got a Dog and My Dog’s Name is Cat (one of Barry’s early hits, recorded by Big Bird!). On this Parents’ Choice Award-winning recording, Barry is joined by a number of talented studio musicians on guitar, fiddle, mandolin, percussion and clarinet. As The Register Guard of Eugene, Oregon said, “It’s dog-gone funny.”

“The best of Polisar is back! Barry Louis Polisar was an early pioneer of children’s music when his wacky and wonderfully innovative songs began eliciting giggles two decades ago. This rejuvenation of Polisar’s endearing and daring musical mementos provides the credibility that they deserve. Thirteen prime picks enhance simply sung spoofs and silly antics with richer accompaniments and subtle and tasteful embellishments (bells, penny whistles, fiddles, reverb and overdubbing, etc). The overall technical quality is far superior to what the studios of the 70s were capable of . Included are “Our Dog Bernard”; “I Wanna Be A Dog”; “All I Want is You”; “I’m A Three-Toed, Triple-Eyed, Double-Jointed Dinosaur”; “What If A Zebra Had Spots”; etc. This is a must have for all libraries serving young children. Hold on to his earlier recordings–they will be useful for a “music appreciation” lesson in comparing styles influenced by time and culture.”
– School Library Journal

“Forced to single out what, exactly, makes Barry Louis Polisar a brilliant and hilarious kids’ artist, one would be hard-pressed to pick between his absurdist songwriting and his deadpan delivery. On “Old Dogs, New Tricks,” the choice is as challenging as ever. Consider “My Brother Thinks He’s a Banana,” for instance. Here, a hapless fellow “sleeps curled up in the fruit bowl” despite his grandma’s protests, and turns yellow “but seems to be O.K.” In fact, his fruity predicament notwithstanding, the banana brother “really is a scholar/He’s read all the books by Bellow/Although he likes to clown around/And cut up in the Jell-O.” There’s also the sweet, just shy of sincere “I Need You Like a Donut Needs a Hole,” in which a sheepish Polisar admits that “I need you like a peanut in a shell/Gonna hold you in my arms like water in a well.” This album bubbles over with silliness–from the nonsensical “Giggle Tickle Fiddle Little Wiggle Around” to the goofy “One Day My Best Friend Barbara Turned into a Frog.” “Old Dogs” even incorporates a thought-provoking number or two, most notably “What If a Zebra Had Spots”–“What if a tiger had spots?/What if a leopard did not?” But, as usual, Polisar’s believability–he may clown around, but he never seems to be putting on a condescending kiddie act–also makes this album leagues more likable than similar-minded releases. Others may try to portray “3-Toed, Triple-Eyed, Double-Jointed Dinosaurs” in song, but none will pull it off with the polished comic punch of Polisar.”
– Tammy LaGorce, Amazon.com Reviews