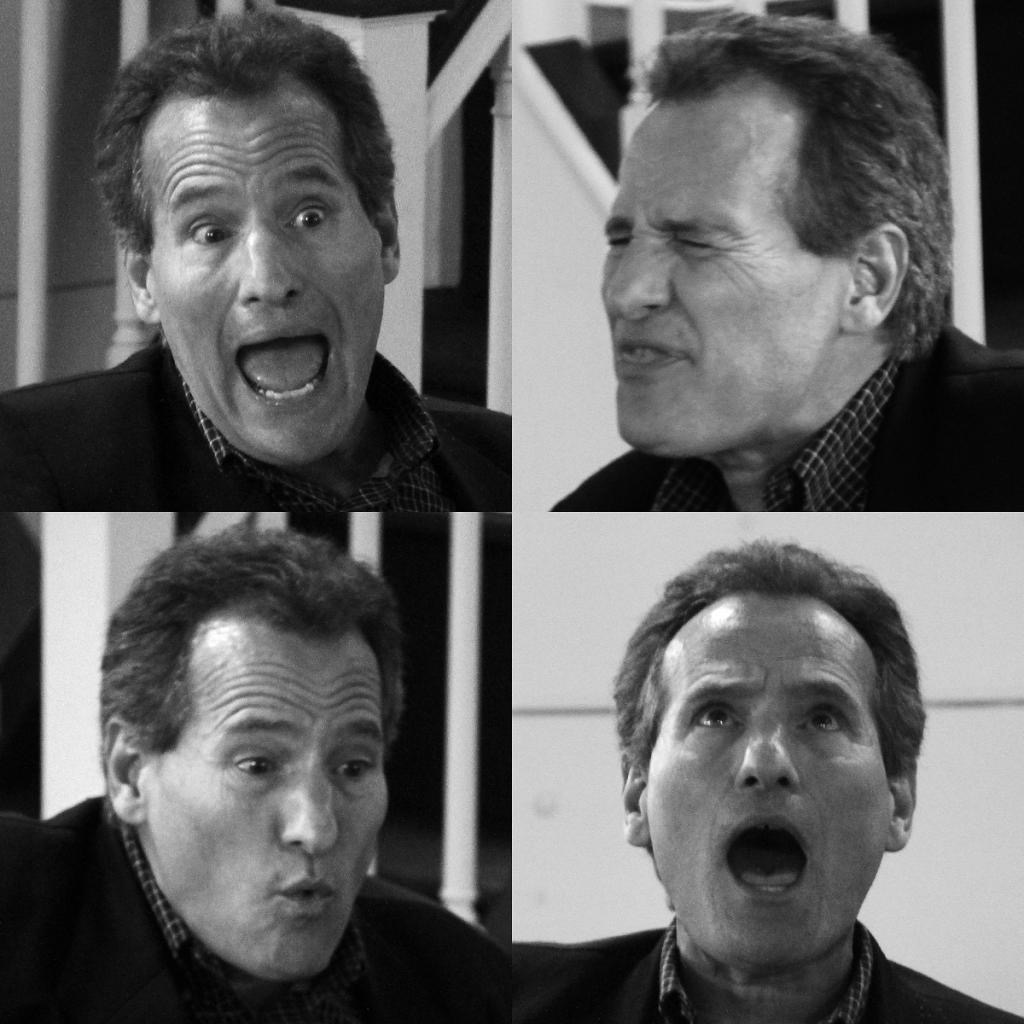 “Off-the-wall, but right on target.”

“Polisar is clearly not most contemporary children’s entertainers. His songs always reflect the kid’s view and that’s part of Polisar’s charm.”

“Children love him and so do adults…He’s well worth seeking out.”

US News and World Report

“It is the rare children’s entertainer who can actually capture the attention of both kids and their parents. Barry Louis Polisar does it and you can’t help but laugh.”

“Barry Louis Polisar sings songs, plays guitar, reads from his books, recites poetry and tells stories. Most important, he gives kids the giggles. Tons of giggles. And the children might be joined by chuckling parents that Polisar entertained 30 years ago”

“Barry’s first recordings came out on vinyl thirty-five years ago and were almost radical at the time. His work set a whole new path for children’s music. 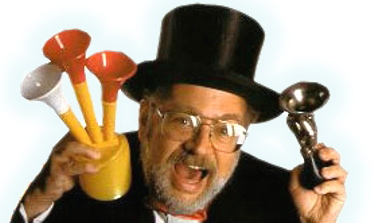 “Polisar is a one-of-a-kind triple threat: author, musician and TV personality. He manages to combine all aspects of entertainment in order to captivate kids – and adults! An unconventional, yet spot-on children’s entertainer and education advocate.

“Polisar is a clever subversive who sweeps us up in the fun… Anybody who’s that incorrigible is going to be cherished by a lot of kids.”

“When Polisar wails about being forced to eat his asparagus or comb his hair, he’s speaking for countless children who don’t have his ability to rebel through rhyme…his greatest asset is his ability to think like a child.”

“Kids all over remember Barry’s songs fondly, and now sing them gleefully as adults. Some people never grow up and we are very glad! “

“This pioneering children’s entertainer currently has produced more than a dozen albums and nearly as many children’s books, done live programs in most of the 50 states and D.C. (including at the White House and Kennedy Center), toured Europe several times and starred on an Emmy Award-winning children’s show, “Field Trip.” Generations of youngsters and even “Sesame Street’s” Big Bird have sung Mr. Polisar’s colorful tunes.”

“Polisar writes with a humorous yet lifelike twist.”

“Some of his lyrics are zany and some are plaintive, echoing a kids feeling that the world is closing in on them…the key to Polisar’s rapport with kids is that he treats them as equals.”

“Barry remembers squabbles with his sister,having to finish everything on his plate and wondering why teachers don’t always like their students. And because he remembers, children like Barry Polisar.”

“Just the sort of subjects that strike a responsive chord in children.”

“An honest view of a kid’s world that kids and a lot of adults find refreshing.”

“Welcome to the Barry Louis Polisar view of childhood–a view children all over the United States applaud as accurate.”

“His songs are humorous anthems to outrageousness that will have non-conformist children clamoring for more.” 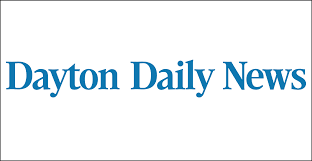 “These are recordings kids will love.”

“Its the lyrics that matter in the songs of Barry Louis Polisar.”

“Polisar’s music is as contagious as the common cold in a kindergarten. The only way you won’t enjoy these songs is if you somehow managed to skip childhood yourself.”

“Barry Louis Polisar is a one-man symphony of comic anarchy. At a time when vast numbers of our kids see school as endless drudgery, Polisar says otherwise. He says, isn’t the English language fun?” 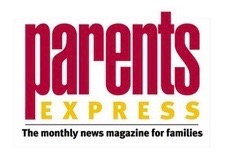 “Polisar does a fine job at reaching kids.”

“Polisar fans will be delighted. His sly rhymes inform the reader even as they poke fun at their subjects.” 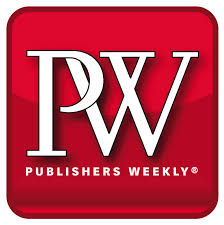 “Barry pokes fun at the underside of childhood like a fisherman dredging up beasties. He brings hidden things out in the open and it is as healthy for kids as it is for adults to see frustrations in the bathing light of humor.”

“He appeals to a wide audience of children–and adults who can still think like children.”

“Polisar is unique in the world of children’s recordings and guaranteed to knock the socks off your kids.”

“Polisar is well known to kids with some method to his madness.”

“Tales that make children’s eyes light up and their smiles break into laughter.”

“Polisar can relate to the problems that many youngsters face today.”

“Everyone has had incidents which are not laughing matters, but to Barry Louis Polisar, that’s just what they are: something to laugh at.”

“Kids of any age love him.”

“Kids thoroughly enjoy listening and singing along with Barry Louis Polisar. He talks to kids in a way that is direct but never condescending. Kids love him–he reaches children in their funny bone.”

Growing Up With Music:
A Guide to the Best Recorded Music for Children

“His songs are about the experiences and interests of children.”

“Barry Louis Polisar is a clown, minstrel, first-class lunatic, and the best kind of hero: outrageous andirreverent, all under the license of being irrepressibly funny. Kids–big and little–love him. Well worth selling all your child psychology texts for.”

“A true original. If you believe a little rebelliousness is good for the soul, by all means check out Barry Louis Polisar.”

“Barry Polisar has the unusual ability to write about children as seen from a child’s point of view.Popular with kids because they can relate to the situations.”

“Young audiences will appreciate his off-beat sense of humor”

“Barry Louis Polisar is an American treasure. He has altered forever the way children and adults communicate through music. He’s irresistible to kids who have long needed a determined and articulate spokesperson to remind the world of childhood’s realities.”

All Ears Guide to Music for Children 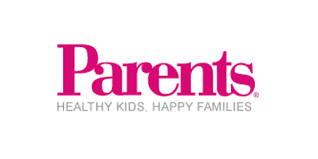 “Polisar is a treat.”

“Polisar’s work could be, line for line, the most entertaining literature in the business thoroughly outrageous.”

“Polisar still hasn’t forgotten what it’s like to be a kid.”

“Adults will laugh and kids will howl with glee.”

“A kids world brought to life.”

“He sees life through a child’s eye.”

“We all remember our childhood and Barry Louis Polisar wants to make sure we don’t forget it.”

“Barry Louis Polisar hasn’t forgotten what it’s like to be a kid. He deals with real kids.”

“His music is spreading like a kiddie rebellion all across the country…it’s no wonder–Polisar is too good to be kept a secret and he’s good in a market that needs him desperately.” 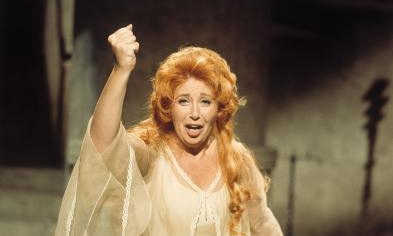 “Listen to his songs with your kids. They’ll explain the jokes to you.”

“Barry’s lyrics hit home with anyone who has ever giggled at the mention of underwear. When word got out that Polisar would be in Andover, the tickets went quickly. The heavy sales prompted planners to add a second concert.”

“Polisar changes his voice to fit the character he is portraying. He leads the children in rousing choruses of songs about dogs, monsters and children who get in trouble.”

“It’s obvious that Polisar has a good rapport with kids. In concert he is a lively performer and in the informal poetry and writing workshops he holds in schools, he is relaxed and open.” 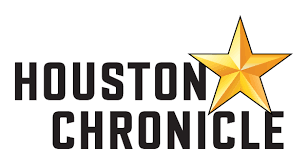 “Barry Louis Polisar is very good at what he does: firing up kids imaginations, letting them know it’s okay to write about everyday life and the stuff that exists only in their imaginations.”

“Polisar, the winner of the Parents’ Choice Award for his recordings, has written songs for Sesame Street and has performed at the Kennedy Center and Smithsonian Institution. He performs throughout the United States and instills in children the message that you can use the creative process to write about anything from your own experience”

“Barry Louis Polisar was an early pioneer of children’s music when his wacky and wonderfully innovative songs began eliciting giggles two decades ago.”

“Zany and somewhat sophisticated, Polisar’s poetry is a great way to show the child interested in poetry how much fun you can have writing verse. But it’s also an education about the topic of his rhymes.”

“Forget Raffi. Barry Louis Polisar writes children’s songs and children of all ages should listen to his witty, intelligent tunes.”

“Polisar’s witty, irreverent folk-pop tunes tromp around with impunity where few kid’s artists dare to venture. But to reduce Polisar to a purveyor of kid-pleasing gross-out ditties is to ignore his considerable artistry as a satirist and humorist with plenty of adult appeal.”

“Barry Louis Polisar demonstrates more respect for children than just about any other artist, celebrating them as they are and encouraging them to laugh at themselves.”

“Adults and children alike are alternatively charmed and disarmed by these humorous songs of childhood.”

“If you’ve never experienced the work of Barry Louis Polisar, you have a treat in store.”

“Polisar’s songs and books deal in a gentle and humorous way with issues of importance to the lives of young children.”

“Your work is wonderful…we laughed so hard, we spit our food.” 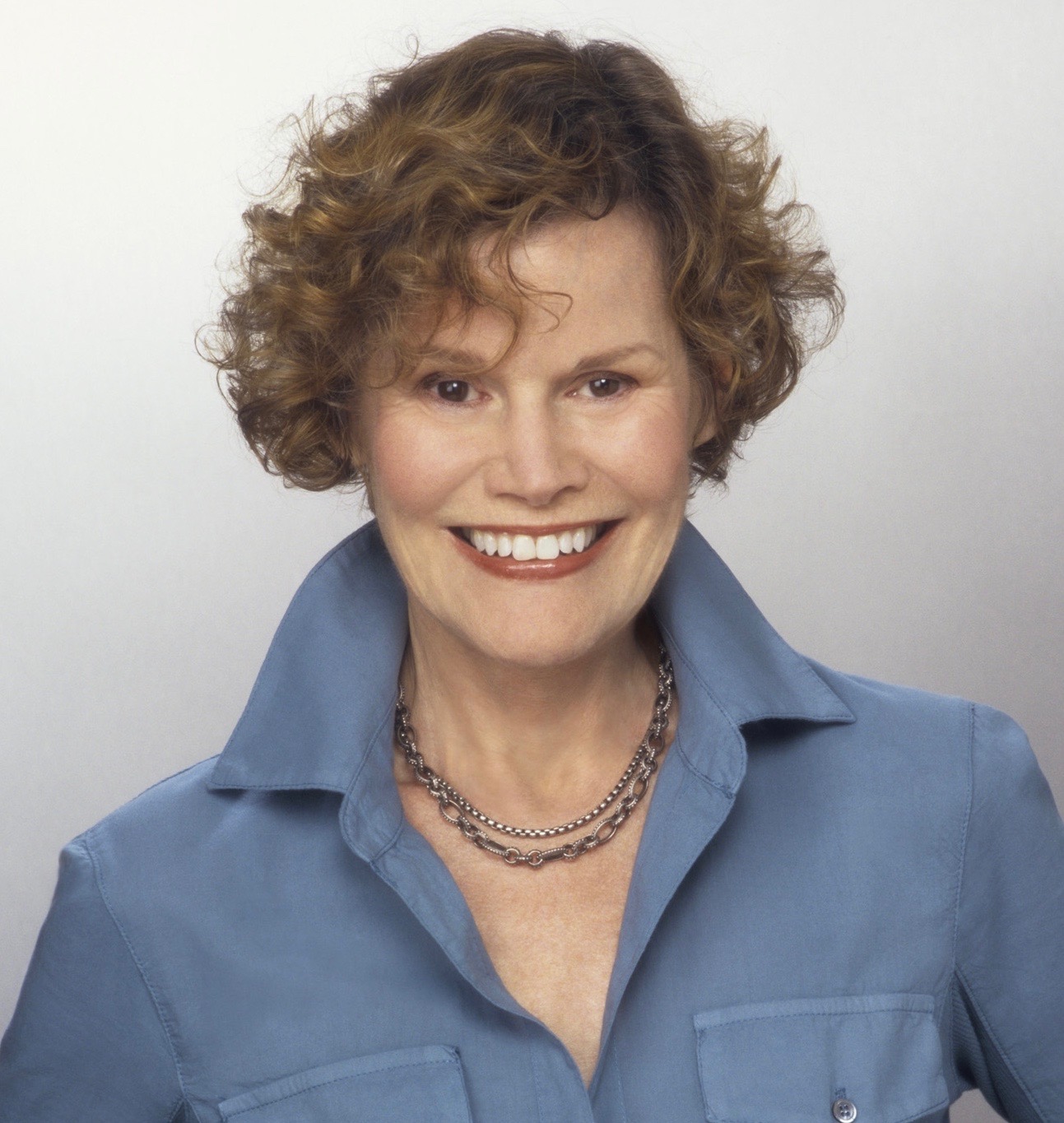 “He draws children into his world.” 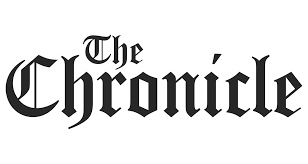 “This author and musician delights in the absurd….and the lesson is not lost on kids.”

“Must-have children’s recordings…Timeless music that will delight all ages again and again. Polisar appeals directly to kids — and to adults who realize that a little attitude is healthy. He lets kids know there’s at least one grown-up who understands what they think about. “

“Two lines into his first song, Barry Louis Polisar, lyricist and satirist, had 300 children captivated, and they remained so by his amusing yet meaningful songs.”

The Washington Post, review of Barry’s appearance at the John F. Kennedy Center for the Performing Arts

“He playfully explores the childhood experience.”

“The key to Polisar’s rapport with kids is that he treats them as equals.”

“Barry Louis Polisar is a pioneer in contemporary children’s music.”

“Barry Louis Polisar’s children’s recordings have become a standard: well-loved by a couple of generations of youngsters since he began recording.”

“Filled with comic rebellion and mixed with an innate understanding of childhood.” 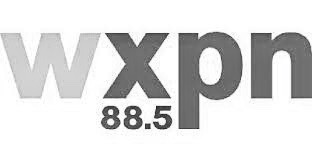 “Holy Doody balls! I love Barry Louis Polisar. He is a genius at what he does. My hero.” 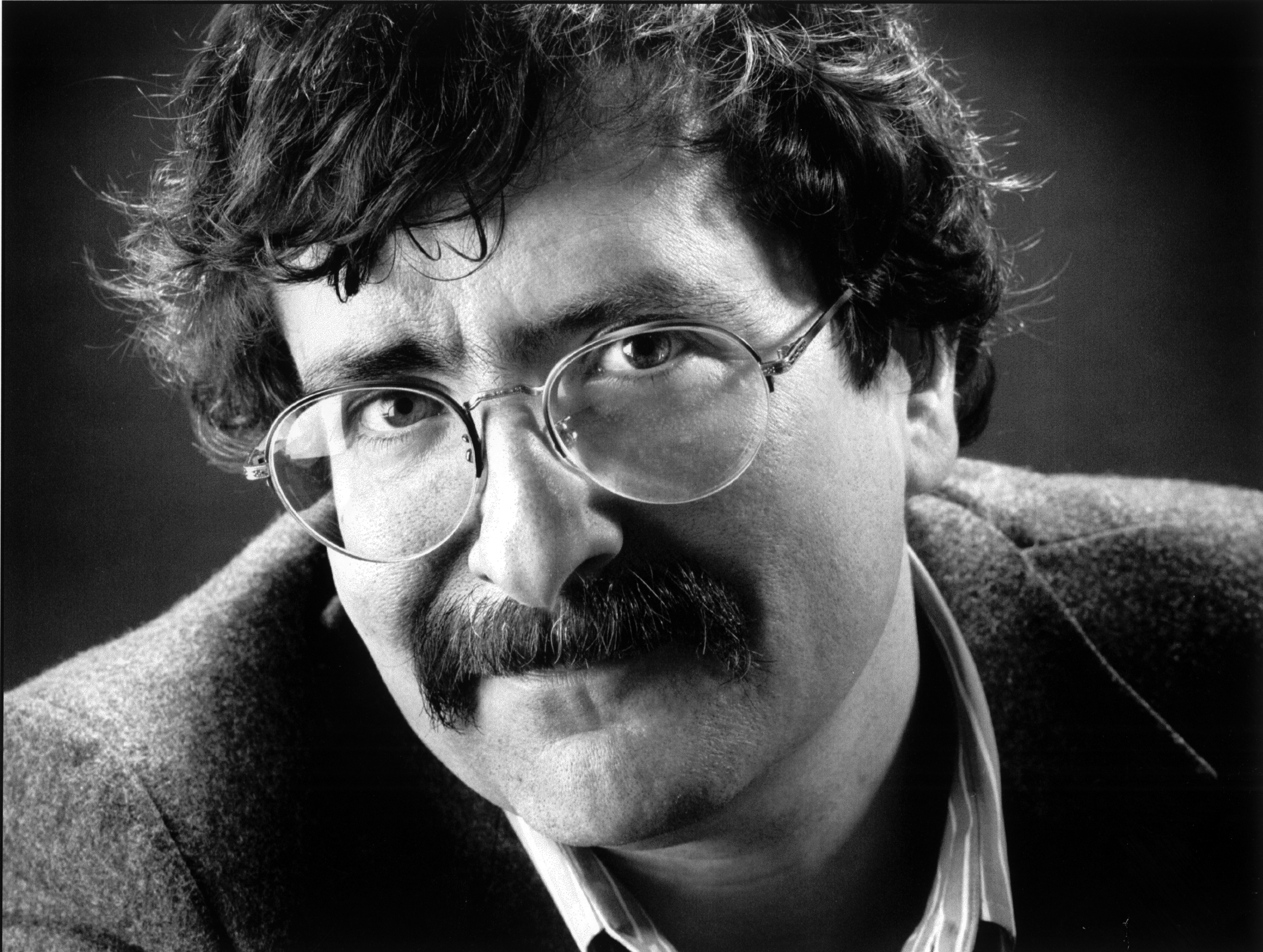 “Your work is exceptional.” 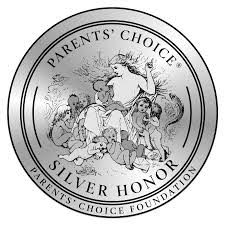 “My very first encounter with Barry Louis Polisar’s unruly genius was an early 1970s NPR broadcast on his music. Howling with laughter, I crawled to my phone to find out who in the world had captured so engagingly the world of children and the widespread abuse of authority and trust of those who stood above them.” 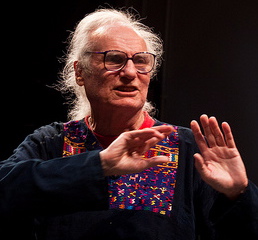 Kids and adults will giggle and guffaw as they listen.”

“All I Want is You by Barry Louis Polisar is one of the best love songs ever written.”

“The place was rocking when Barry hit the panhandle.”

The Florida Ledger, Winter Haven, Florida
(okay, so this was actually describing Hurricane Barry
in 2001…but we couldn’t resist)