About the Original Recordings 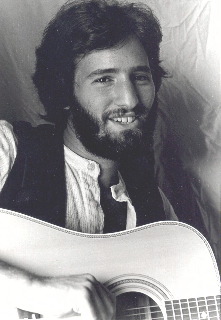 I was twenty one years old when I began writing and recording songs for kids and though most of the songs I wrote back then have held up pretty well, some songs have not.

I have not pulled my older recordings from circulation despite all the rough spots and off-key notes; they are still available for anyone to listen to and purchase and to share.

I’d like to think I’ve grown as a writer and musician over the last three decades and when I had the chance to re-record my old songs, I wanted to have a good time doing it. I felt like I was given the chance to do covers of my own songs; I changed some of the melodies and tinkered with a few of the lyrics.

In re-recording the songs, I wasn’t self-censoring or removing potentially offensive lyrics, but I did have an interest in keeping the songs I had written alive for a whole new generation of listeners. There were a few songs I had stopped singing because what was funny thirty-five years ago was no longer funny and I thought some of my songs could benefit from a more musical accompaniment.

Some of my older songs were about to become relegated to being relics of a past era–appreciated by those who listened to them growing up–but rejected by new listeners because of a few outdated lyrics that did not resonate with the times or music that seemed too rough and unpolished.

In tinkering with my original songs there were a few compromises along the way. The original Our Dog Bernard is probably funnier than the current one. But who knows what a milk-man is anymore? In 1975, when I sang about the parent in Early Sunday Morning “getting the strap,” it was taken as a metaphor for punishment. Now people think child abuse.

When I wrote many of my early songs, I was writing from the voice of a child; after becoming a father, I realized that “getting the strap” may have reflected my experiences growing up in the fifties–but would never be a way that I would discipline my own children. The new line reflects that change.

Sometimes, the songs grew into completely new works. The original Shut up in the Library was raw, rough and unvarnished just like the singer who sang it. The newer version is really a different song; more subtle and metaphorical.

I didn’t make these changes for political correctness. I’ve never censored myself based on what I thought others would think, but have always tried to write what I think is smart and funny. Some of the songs are different from the original versions–but still very different than anything else you’ll discover for kids–even now.

Of course the joke was on me when one of those old songs from 1977 was used to open the film Juno and chosen over the more polished newer recording.

The current trend in children’s music is all about offering earnest, life-affirming songs that convey positive messages and don’t challenge our way of thinking or disturb our world-view. I still don’t fit that mold.

When Mark Twain published “The Adventures of Huckleberry Finn,” it was called “dreary,” “coarse” and “vulgar.” Libraries banned the book, and Louisa May Alcott said if Twain could not “think of something better to tell our pure-minded lads and lasses, he had best stop writing for them.”

Read About the New Recordings