Naughty Songs for Boys and Girls 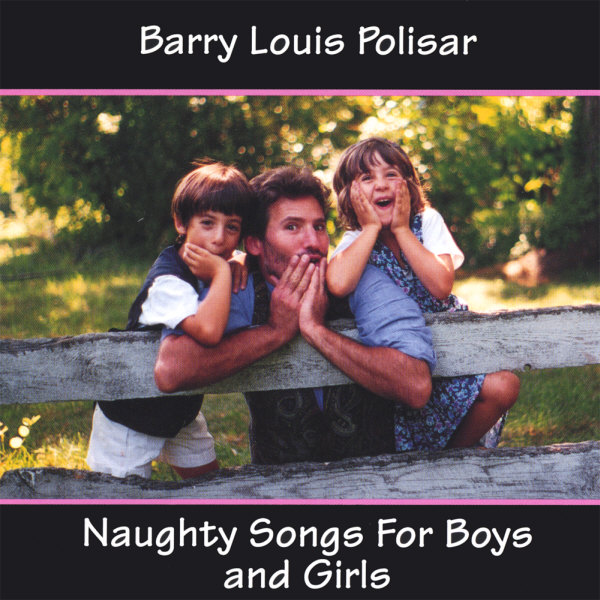 “Barry Louis Polisar is clearly not most contemporary children’s performers. He has been his own sub-species of troubadour since his career began. Naughty Songs is quintessential Polisar. His songs reflect the kids view and he takes glee with over-dubbing himself into a chorus and seeing how funny his voice can sound. A child let loose in a studio would do the same and that’s part of Polisar’s charm.”
– Entertainment Weekly

“Fiddles, mandolins, back-up vocals and more bring a new-found richness to “Never Cook You Sister in a Frying Pan,” “Don’t Put You Finger Up Your Nose,” and other outrageous songs that Polisar is known for. Polisar has the right idea by making good songs even better.”
– School Library Journal

“The lyrics matter in the songs of Barry Polisar.”
– Learning Magazine

“Rebel spirit intact, Polisar pelts his listeners with a perfectly polished batch of wacky, imagination-stretching, roundly hilarious songs suitable to any parent/child team willing to poke fun at itself. There’s probably no better advocate for those under three feet.That he’s so funny is the kicker that ought to convince more folks to give him a listen.”
– Tammy La Gorce Reviews, Amazon.com

This album was recorded and released in 1978 and was the first album where Barry overdubbed his vocals in a chorus of different voices. A new CD cover mimics the original album photo–except this time Barry’s twins flank him.

Barry Louis Polisar has done what few children’s artists have been able to do: combine music, poetry and a keen sense of humor that can relate to a child’s experience. This classic recording includes such favorites as “I Can’t, I Can’t” and “Don’t Put Your Finger Up Your Nose” (we still think that’s good advice!). A Landmark recording filled with genuine infectious humor and kid-friendly philosophy.

The All Ears Guide to Recorded Music for Children said, “Barry Louis Polisar is an American treasure. He has altered forever the way children and adults communicate through music. He’s irresistible to kids who have long needed a determined and articulate spokesperson to remind the world of childhood’s realities.”