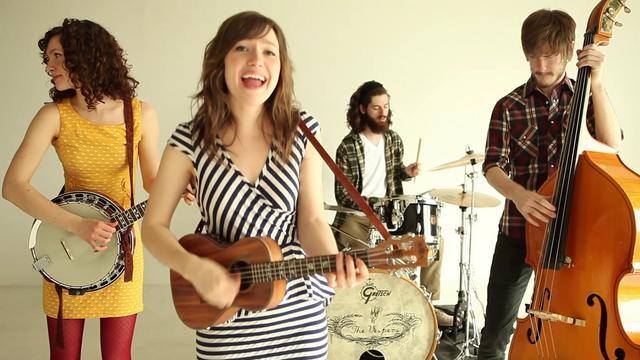 The Vespers are a Nashville, Tennessee band with a sweet sound, made up of sisters Callie and Phoebe Cryar. They are now backed up by brothers Bruno and Taylor Jones on bass and percussion.

As an added bonus, they went back into the studio and did a cover of Barry’s song All I Want is You from Juno and their angelic sounding voices make a a perfect song to open the Tribute Album.

Listen to  their version of “All I Want is You”:

Listen to their version of “Barnyard Stomp”: