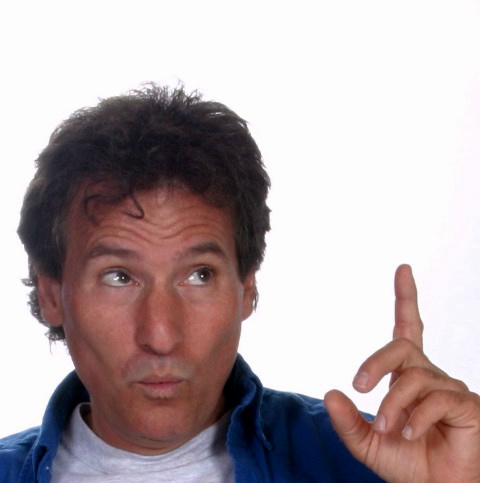 He has a way with kids and the things that tickle their fancy. And that’s how he has managed a decades-long career out of performing for children. He has just released a new CD, “Old Enough To Know Better: The Worst of Barry Louis Polisar,” so we decided to catch up with Barry Louis Polisar and find out what he has been up to lately.

How did you get your start?
I began my career in 1975 while I was still in college. A school teacher heard me playing guitar, talked me into visiting her school where I overheard another teacher yelling at her students. This teacher was saying things like, “Wipe those grins off you face, your acting like children.” I wrote down everything she said and went home and wrote a song about a mean teacher. The next thing I knew, teachers were calling me up and asking me to come to their school to sing THAT song! Overnight, I realized I could write about anything, and within a year I had schools all over asking me to visit and I had written a couple dozen songs and recorded my first album. It was called I Eat Kids And Other Songs For Rebellious Children.

Who were some of your influences?
I was mostly influenced by singer-songwriters; first by David Seville who created the original Alvin and the Chipmunks. Alvin was the original bad boy of children’s music…or bad chimpmunk! Growing up, I liked the zany songs of Roger Miller and the Australian singer, Rolf Harris. When I got really interested in music it was the songs of the singer songwriters that moved me: Phil Ochs, Bob Dylan, Tom Paxton, Mark Spoelstra…and then songwriters like John Prine, Kris Kristofferson and Loudon Wainwright.

What’s the biggest challenge about being a children’s musician?
The hardest thing for me is that my style of music can’t be pigeon-holed. It’s not really folk or pop or rock and its different than most children’s music, which is often sweet and sugary. My songs are funny and humor is afterall, subjective. None of my songs are offensive but they are weird and different. Some people like different. Some don’t. When I recently released my new double CD for kids, few people would review it because it was hard to categorize. Many people who review children’s music found that it didn’t conform to their view of what kids music should be. I’ve always been like that, hard to conform. That’s what has held me back and, at the same time, has also set me apart from other writers and singers for children.

What’s the biggest reward about being a children’s musician?
Wow. There are an amazing amount of rewards. I love being able to make a living doing something I truly enjoy doing. Today I sang for 900 kids in three assemblies at a school in Florida and they were all different…but every audience was amazingly attentive and appreciative. I live in Maryland but I travel all over the US visiting schools in rural areas, in cities and in suburbs…and kids react to my songs and to my books in the same way…with laughter and a genuine appreciation. It’s a wonderful feeling to really see how my songs and stories touch their lives. Probably the most rewarding thing is to read the letters that grown-up fans have sent to me, talking about how my music reached them when they were growing up and changed their lives. Bringing a bit of happiness and laughter into kids’ lives is absolutely the best reward. No question.

Have kids changed in the years you’ve been entertaining them?
Kids haven’t really changed. They still laugh at the same things they always laughed at and still react to my work pretty much the same way they reacted thirty years ago. What has changed is how parents react. They are a lot more protective and a lot more restrictive of what they want their kids exposed to. Perhaps because many parents both work these days, they don’t really know their kids as well as they used to so they are more fearful of how kids might comprehend satire or subtlety. The truth is that kids understand what I do. Nothing beats a school assembly room full of 500 kids laughing and giggling at my stories, songs and books.

Did you ever want to change genres?
Well, I have changed in a way. For the first decade I only wrote songs, ultimately recording fourteen different records and CDs for children. Then I began writing books and I have had ten of them published. Then I did TV work for a few years, hosting a national show for kids called “Field Trip.” Now I am working on a few books that are real different than anything else I’ve written before. One is a chapter book for older students.

What’s your favorite food?
I wrote a song about doughnuts on one of my recent CDs: “Just like life, so round and sweet but if you eat too many it’ll settle in your seat.”

What’s your idea of perfect happiness?
Being me. I really am happy in what I do and who I am. I love my work, which gives me an income and is also a source of absolute joy. I have a wonderful family. The poet Robert Frost talked about how if the things you do for money and the things you do for the love of it are the same, the work you create is for “heaven and the future’s sake.”

What advice would you give aspiring children’s musicians?
Well, I have heard from quite a few children’s musicians who have told me that they were inspired to begin a career writing for kids after finding my music in their local public libraries, so I guess my own experience as an example is better than advice.

What are you most proud of?
Not backing down. Continuing to follow my heart and do what I am pulled towards and not to think commercially. I don’t record a song, write a poem or publish a book to make money. I am happy that people like my work but money has never been what has driven me. Actually, I’m driven by something more profound–some deep need to get my work out there into the world.

What is your motto?
I have many of them–do well, but also do good. Live simply. He who laughs, lasts.