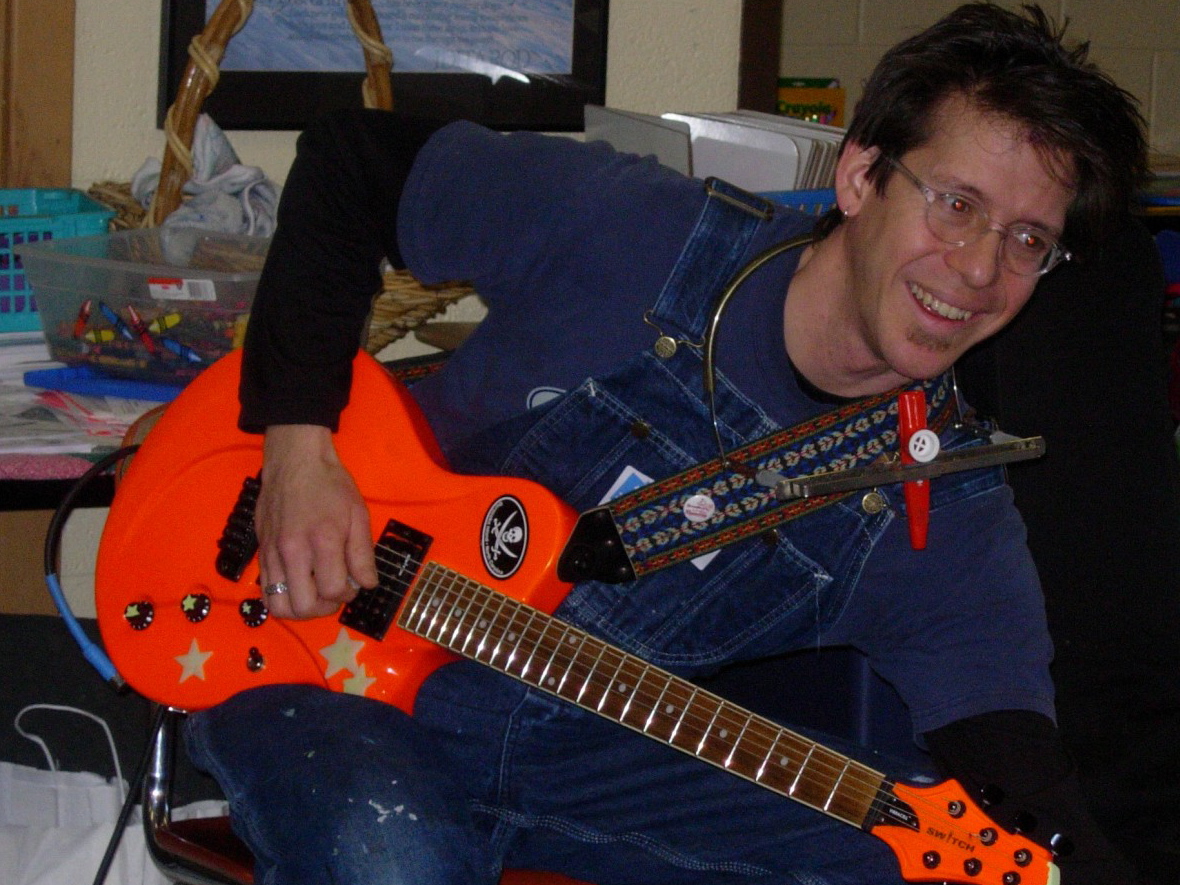 Kid Kazooey and His One-Man Klezmorkestra Band from Bloomington, Indiana, has recorded two covers of Barry’s songs for the tribute album. The Kid, aka Kevin MacDowell, covers I’ve Got a Teacher, She’s So Mean and He Eats Asparagus, Why Can’t You Be That Way?

Kevin says he grew up on Barry’s albums in Indiana–and finally got to meet and visit face to face when Barry performed at the Bloomington Public Library a few years back. Kevin says he is excited to be a part of this project and to realize how influential Barry has been on so many others! He claims Barry as one of his biggest musical influences–right up there with Hoagy Carmichael and AC/DC!