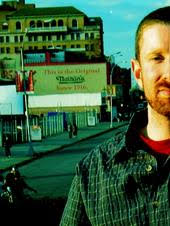 J-LA is a Brooklyn, New York based musician who describes his style as “old school rap mashed with 80s synths and 21st century disillusionment.”

“Barry’s albums were among the first I memorized as a kid,” says Jonathan. “I fell asleep listening to his songs almost every night and was lucky enough to see him perform live. Barry has been an inspiration to me since I was a little kid. My covers are of songs that meant a lot to me growing up.”

J-LA recorded a great hip-hop version of Barry’s song When Suzie Sneezed and also recorded a wonderful cover of Doo Doo is a Bad Word.

Listen to JLA’s version of “When Suzie Sneezed”