After 30 Years, Musician an Overnight Success 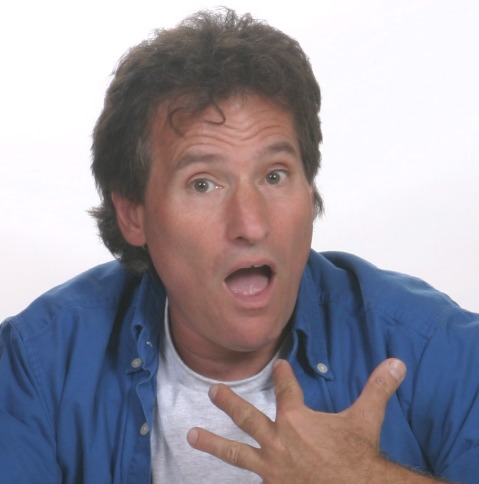 Now that Barry Louis Polisar’s 1977 song, “All I Want is You,” is being heard over the introductory credits in the recently released Jason Reitman movie “Juno,” some may be saying that after 30 years he’s finally hit the big time.

But that wouldn’t be said by anyone growing up around here since the late ’70s, or a parent of same, when Polisar’s songs for kids were introduced at schools and family programs, and recordings of them were being made in one take in his basement. Listeners knew big when they heard it decades ago.

What became Polisar’s vocation as a sort of elementary school troubadour began in 1975. At the time a college student who had only recently taught himself to play guitar (and still can’t read music, he says), he was invited to perform at an Ellicott City school by a student teacher friend.

“You might notice my songs use only three basic chords,” he deadpans. “I know four, but I don’t want to show off.”

That level of musical prowess didn’t bother his audience, who surrounded him with appreciative questions until another teacher shooed them away, yelling at them for their noisy enthusiasm and complaining that they were “behaving like children.” He turned the incident into “I’ve Got a Teacher, She’s So Mean,” and began singing it at similar gigs a week later.

Requests for encores via invitations to other schools were actually the beginning of his career, and he soon realized that he could write songs with his own off-center take on everyday experiences.

Bookings followed in states near and far and in venues like Columbia’s Lively Arts for Little Ones series, the International Children’s Festival at Wolf Trap Farm Park in Virginia and the University of Arizona’s International Humor Conference, not to mention the White House and the Kennedy Center, Canada and Europe. Polisar’s songs have been covered by performers from Sesame’s Street’s Big Bird to the Los Angeles band The Radioactive Chicken Heads.

Roni Nudelman of Lively Arts remembers Polisar as a particularly popular performer in her series. “He was at the kids’ level, but the adults could relate to his songs as well. Everyone went out singing something,” she recalls.

He is known nationwide for recordings of his 150 songs, his dozen books (since 1985) and a television show, “Field Trip,” which ran from 1994 to 1997 and won two Emmys “before it was taken off the air and I was replaced by puppets,” he says.

Alas, that’s show biz. And the program’s ending isn’t too sad after all, since it went on to national syndication, PBS, Cable in the Classroom, American Forces Television and educational videos, some 2 million of them.

Yes, the multimedia writer acknowledges, “There have been periodic blips in my career, but probably nothing quite this big. I got an e-mail from well-known director Jason Reitman,” he says, explaining how the Los Angeles connection came about. “It was pretty surprising to have something like that come out of the blue. I’ve never tried to pitch any of my songs to Hollywood or anywhere. I just rely on word of mouth.”

It was a serendipitous connection for all concerned, especially now that the movie has been nominated for four Oscar Awards, as well as receiving awards and nominations in a dozen other important competitions.

Polisar at first thought Reitman was one of those very kids who grew up listening to his albums, but it turned out that the director actually found the song on iTunes while searching for another with a similar name.

When he heard Reitman’s request, “I expected that the main character would wake up hearing my song on the radio and say, ‘I hate this song,'” Polisar says, laughing.

The characters in “Juno” are skewed and witty, similar to his own weird creations, Polisar observes, adding that it’s not just any film, but one that’s intelligent and funny.

“All I Want is You,” from the writer’s second album, “My Brother Thinks He’s a Banana and Other Provocative Songs for Children,” is not one of his typical “offbeat and wacky” kids’ songs, but it is representative of what he calls his “kid-like love songs,” one or two of which appear in each of his collections. Others, such as “I Need You Like a Donut Needs a Hole” and “I Love Your Eyes” have been performed at weddings, Polisar has been told by now-grown fans.

The father of 20-year-old twins is invited by schools as a visiting author– a multiple award-winning one at that — who happens to write songs among other things.

To wit, most recently he has published “Stolen Man,” a serious “chapter book” about the Amistad rebellion, which came out last April at the same time as a Passover Haggadah, illustrated by his daughter.

Polisar is working on two books of poetry, “Something Fishy” and “Curious Creatures,” and a third work that retells the Genesis story from the viewpoints of secondary characters such as Eve and Esau. Off-center again.

Meanwhile, will the Hollywood connection pay off those two college tuitions? Hardly.

“I get a modest sum…and I get street credibility,” Polisar has said. “The jewel of this whole thing has been that it’s reuniting me with former fans,” he says of the e-mails and My Space hits that have been increasing exponentially.

But money itself has never been his goal. Back when, the original motto of his company was “People before profit.” Now Polisar is bringing his musical son, Evan, and visual artist daughter, Sierra, on board. “I’m fortunate to have been able to make a living for more than 30 years doing this,” he says.