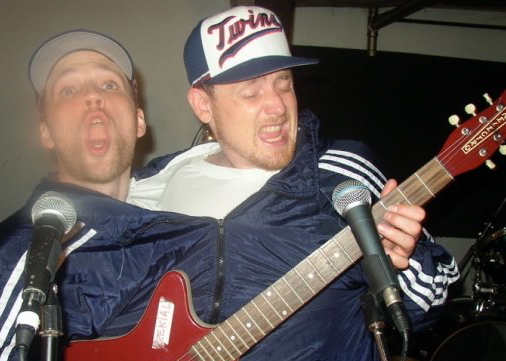 Ham And Burger are a New York duo made up of Danny Rockett and Collin Couvillion. They have recorded truly inspired versions of two of Barry’s classic songs: Don’t Put Your Finger Up Your Nose and You Can’t Say “Psbpsbpsb” on the Radio.

Thier covers re-invent Barry’s songs and Danny expands You Can’t Say “Psbpsbpsb” on the Radio with some extra verses that Barry thinks make it even funnier than the original.

“I grew up listening to Barry and wore his records out,” Danny says. “His music looks at the cracked side of humanity from a kids perspective. He’s not afraid to be silly or irreverent, or to pull any punches. Barry’s music is childhood.”